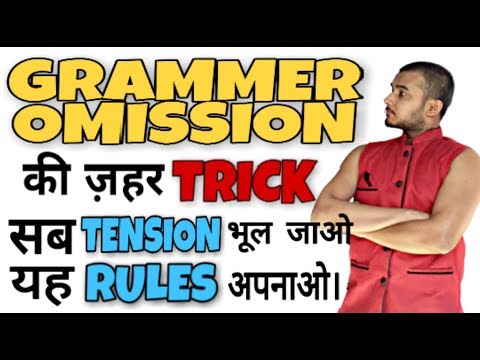 Yesterday I received an unexpected gift: a link to a copy of the slides of the presentation that 21inc gave to investors, apparently between October and December 2014, when they were still calling themselves "21E6".
(The sender asked to remain anonymous, and I am not sure about the copyright status of the file; so I would rather not repost it here yet. But it seems that several other people, including some of the 21inc competitors, have got a copy too; so anyone who is really interested can probably get it too.)
The slides don't have much new factual information, and basically confirm what we already guessed about the 21inc business plans. But they show that we severely underestimated their chutzpah and hype. Here are some random highlights (as far as I can decipher from the slides):


They had three relevant mining rig designs in the plans, that would require funding:

The "TH/s", "Cost", and "kW" columns are per "system", i.e. a mining unit containing many chips. The last column is the expected profit to be made from each set of mining hardware over its expected lifetime. (The slides have some other details that do not seem to be important.)
The first line is the hardware that they were mining with at the time of the presentation; that must be why the "Cost" (as far as investors are concerned) is given as zero.
The second line seems to be an upgrade of their previous mining hardware from v1 chips (which gave 2.7 PH/s total at the time) to v3 chips (which would give 17 PH/s) .
In reality, we have seen that their share of hashpower dwindled through all of 2015, and (AFAIK) they haven't mined a single block in the last six months. Were they still mining with CyrusOne on extra-life, or were they using the upgraded IO which was turned off prematurely? What happened to Brownfield?

However, their mining operations were secondary; the meat of their plan was the embedded chip, called BitSplit at the time.
The BitSPlit chip (as we suspected) was hard-wired to send 75% of the block reward to the 21inc wallet, whose address was burned in the silicon, and 25% to the user's wallet.
By my calculations, assuming 50 GH/s and no increase in the difficulty, the BitSplit would mine one block in 570 years, on average, and collect less than 2 BTC of reward in that time. So, of course, the chip was hard-wired to mine into a pool run by 21inc, that would spread the user's 25% of those 2 BTC (expected) into a daily regular trickle of a couple thousand satoshis. Their own mining operations would provide the BTC needed for the pool payouts of all the millions of chips that they expected to be running out there.
They projected to release 3 versions:

The "Qty" is the expected number of units sold. The last column, IIUC, is the profit that 21inc expected to make from the 75% cut of the BTC produced by all the chips, over their expected lifetime.
In the above "USB hub-charger" model was a USB charging unit, roughly 3 x 2 x 1 inches, with 2 USB outputs and a mining chip inside, produced by 21inc themselves "to seed the market".
The second line, which I called "Embedded chip", seems to refer to discrete BitSplit chips provided by 21inc and included in consumer devices (like routers etc.) by OEM manufacturers.
The "BitSplit Inside" model would be the BitSplit integrated into the chipsets of other manufacturers, and manufactured by them. Its cost is listed as "$0" (for 21inc) because they expected those manufacturers to shoulder the cost of manufacturing and integrating the mining chip.
Apparently the market-seeding "USB hub-charger" was later replaced by the "Bitcoin Computer" (aka the PiTato). In one slide it is called "multifunctional BitSplit device", and depicted as a sleek shiny black box, the size of a cigarette pack, with a power cable and 2-3 USB or similar outputs. If that is supposed to be the PiTato, presumably they had not yet realized that a 15 w computer would need a cooling fan with a miniature wind tunnel on top.
In the last two entries, the manufacturers (not the device owners!) would be rewarded with the 25% slice of the BTC mined by those embedded chips. As an example, the slides say that a manufacturer who produced one quarter of the embedded BitSplits would get the 25% cut on the BTC yield of those chips, that was estimated to be between 2 and 4 million dollars per year of revenue in 2015--2018. Those numbers are based on the following predicted mean BTC prices: $350 for 2015, $1000 for 2016, $2200 for 2017, and $5500 for 2018.


So, their main business plan was fantastic: the OEM and chipset makers would pay the costs of producing and integrating the chips, the consumers would pay the cost of operating them, and 21inc would get 75% of all BTC mined by them, expected to be worth 400 million dollars.
It makes sense to invest 100 million in that plan, right?
EDIT1: Sentence order, typos.
EDIT2: See also this comment below about other sources of this info and this comment about a fatal flaw of the PiTato mining chip.
EDIT3: See also this comment with the data from slide 2, "At a glance"

More Bitcoin News and Cryptocurrency News on TheBitcoinNews.com. 250k Up to this price Bitcoin is safe from the authorities – and here is why! 02 Oct 2020 10:33. Cryptocurrencies have gained in importance in recent years. But with the increasing acceptance, Bitcoin & Co. are also moving more and more into the focus of the authorities. The ... Our calculator allows the accurate calculation of simple or compound interest accumulated over a period of time. To use our calculator, simply: Select the currency from the drop-down list (this step is optional). Choose what you would like to calculate: 1. The simple interest, or; 2. Compound interest. Enter the principal amount, interest rate, time period, and click 'Calculate' to retrieve ... One of the most famous cases in the short history of Bitcoin has finally been decided in court. An American judge sentenced Trendon Shavers – best known as ‘pirateat40’ -, to pay a combined $40.7 million for running a Ponzi scheme.. Shavers was the owner of Bitcoin Savings and Trust, a company that sold investments using BTC and was investigated by the Securities and Exchange Commission ... Jun 29 ‘Bitcoin not built to last, despite recent surge’ – NYPost $11,882.51 Jun 27 ‘Bitcoin’s crash hurts the latecomers once again’ – MarketWatch $10,695.37 Jun 24 ‘None more foolish than what’s being said to rationalize the Bitcoin bubble’ – Twitter $11,041.85 Jun 06 “Stark warning for crypto fans – ‘it’ll all be worth zero’” – Express $7,806.72 Bitcoin Calculator; Bitcoin Analytics; Wild Case of Religion, Bitcoin, Hacking, Ends in Prison Sentences. October 24, 2017 October 22, 2017 by Bits n Coins. Praise the Lord, Pass the Code . It’s a legal enterprise stretching throughout as many various borders because it does unusual components. From Israel to Russia, Florida and New Jersey, U.S. v. Murgio 15-cr-00769 is an element acquainted ...

What do you need to mine one Bitcoin BTC coin AFTER the block reward halving in 2020? Let's review Bitcoin mining profitability and what BTC mining rigs you ... The main function of a Bitcoin calculator is to compute how much processing power it will take to generate Bitcoins with a given hardware setup. Because of the deterministic nature of all the ... Zu Besuch in der Bitcoin-Mine: Hier fließt die virtuelle Währung in Millionenhöhe. Mehr Galileo: http://www.galileo.tv/ Galileo auf YouTube abonnieren: htt... Bitcoin and cryptocurrency mining explained with the Byzantine Generals Problem. We use it to explain the essence of cryptocurrency mining. https://www.udemy... Maximum daily profits proved using my crypto trade calculator Net Profit: $671.88 ROI: 38.98% Must watch video: https://www.youtube.com/watch?v=Xc9TwWJZoWM&l...